1. "We should blow them out of the water!" says First Lord Admiral Chastity Wall. "These waterlogged vagabonds have been plundering our ships for far too long! All our exports from the Book Publishing industry are going straight into their hands! It's downright dangerous for us to let this continue! All we require is some funding for coastal patrol boats, fleet carriers, and nuclear submarines and a free hand to show these freebooters what's what."


2. "Hello," says a grog-swilling, peg-legged scurvy dog entering your office. "I'm Peggy Wong, a mighty pirate. I'd like to suggest that instead of wasting all that money on attacking pirates you simply buy them off with barrels of bullion, jewels and Maxtopian gold! There'll still be pirates around, sure, but as long as everyone's paid off, they won't hinder your trade. Not much anyway."


3. "That's the second biggest load of bilge I've ever seen!" says Captain Grapnel, CFO of Hispaniola Shipping Insurance, LLC. "Shiver me timbers, if these scurvy dogs don't be cutting into me profit margin! Me comprehensive coverage has to pay out for victims o' illegality, and of course theft be illegal in this country, bu' that be giving me an idea - what if we were to have privateers? That is to say, if ye were to make piracy legal but with a quotar o' sorts, like huntin'? That way me and mine can stay in business and ye can get a fine cut o' th' booty from licence fees! Savvy?"


4. "Come now, that's hardly fair," argues 'gentleman pirate' Taupebeard de Gauche with a bow and flourish. "There is an ancient tradition of actively redistributing wealth on the high seas, and we active redistributors serve an important role in the global economy. You would not keep a family-run bookstore from handing down its business from generation to generation, would you? We simply ask, nay, demand the same right! And get rid of the word 'pirate'. It's a slur. We are corsairs - not common sea-faring thugs." 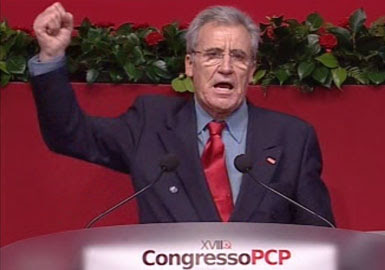 VIVA A PIRATARIA DO POVO!