The Republic of Portugal Virtual is a fledgling, socially progressive nation, notable for its burgeoning cao de agua population. Its compassionate, hard-working, intelligent population of 5 million enjoy a sensible mix of personal and economic freedoms, while the political process is open and the people's right to vote held sacrosanct.

The medium-sized government juggles the competing demands of Education, Social Welfare, and Healthcare. The average income tax rate is 15%. A large private sector is led by the Retail industry, followed by Pizza Delivery and Basket Weaving.

Crime is a problem, and the police force struggles against a lack of funding and a high mortality rate. Portugal Virtual's national animal is the cao de agua, and its currency is the euro.

A large private sector is led by the Retail industry, followed by Pizza Delivery and Basket Weaving. 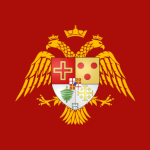